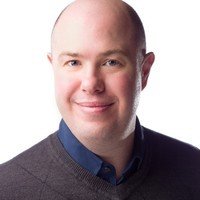 I moved to Portland when I was less than a year old. My parents remember it well, since it was May 18th 1980; the day Mt. St. Helens erupted. Transplanting from Atlanta, GA after a few years in Alaska, they were happy to finally call SW Portland home. My father was a self-employed residential contractor and my mother later became assistant registrar at Lewis & Clark College, and later their law school.

Although I come from a large family (10 aunts & uncles and 30+ cousins) we were the only group that moved west. With two parents that grew up in the south, not having your extended family around on an almost daily basis was probably strange and I’m sure they felt isolated at times. Nevertheless, they managed to forge onward and created a life for me and my two sisters, whom sandwich me as the middle child.

I’m proud to say I get my work ethic from my father and my sense of morality from my mother. As a self-employed contractor, my father rarely took breaks and would preach that producing something of quality would always create value. Meanwhile my mother never saw a time where she wasn’t able to feel compassion and spend time with someone in need.
After high school, I attended Oregon State University from 98’-03’. I like to think that although I had no physical involvement with the athletic departments at the time, those five years produced some of the best teams (in all sports) OSU has had in many years. It must have been my ability to motivate while cheering loudly from the stands.

In 2005 I began my career in insurance as a risk manager for an international carrier and for the next 7 years, was able to assist clients with all their risk management needs. Growing tired of many insurance agents views of risk management suggestions as an expense instead of a way to reduce expenses; in 2012 I transitioned to the role of insurance advisor at HUB International. Now I get to focus on helping clients evaluate and manage their risk in a way we believe will positively affect their bottom line.

In 2009, I met my wonderful wife, Erin and in 2011 she agreed to marry me. 2013 brought our first and 2015 brought our second child into the world–two rambunctious boys that I now spend the majority of my free time with.
When I’m not at work, you’ll find me outdoors; either tinkering with something in the backyard, leading a group of Cubs Scouts, or coaching whatever the “sport of the season” is. I also try to give back to my community; and in 2020 was honored to be nominated at the “Man-of-the-Year” for the Leukemia & Lymphoma Society.